A comprehensive case list is an important requirement for any moot court competition. Since India follows an adversarial system, the inclusion of the precedents of constitutional law in the form of landmark judgments gives an edge to a moot team’s research. (Read: Moot Court Terminologies Useful For Every New Mooter)

Through this case, the Supreme Court with a 6:5 majority overruled two famous judgments- Sajjan Singh v. State of Rajasthan and Shankari Prasad v. Union of India. In all the three cases, the First Constitutional Amendment Act, 1951 was challenged on the ground that it is violative of Part III of the Constitution. Further, in the former, the basic structure doctrine was coined by Justice J.R. Mudholkar.

In this case, the validity of the 24th Constitution Amendment Act, 1971 was upheld by reviewing IC Golaknath v. State of Punjab. Though, the Supreme Court did not give a clear definition of the basic structure doctrine; the Court held that the Constitution may be amended by the Parliament, provided that its basic structure is not altered. With this, the Court also listed a non-exhaustive list of seven basic features of the Constitution.

The 39th Constitutional Amendment introduced Article 392A, by virtue of which, the election of the Speaker and the Prime Minister could only be challenged before a committee formed by the Parliament itself and not before any Court of law. The Supreme Court further applied the basic structure doctrine as laid down in Kesavananda Bharti v. State of Kerala, and struck down the 39th (Amendment) Act, 1975.

In this case, the Supreme Court laid down that the President does not have an absolute power to dismiss the State Government. Such a power can only be exercised by the President, once his proclamation has been duly approved by both the Houses of the Parliament. Till such approval is made, the President only has the power to suspend the Legislative Assembly under Article 356.

This case is a landmark judgment on the issue of reservation. The implementation of the Mandal Commission Report was upheld by the Supreme Court in this case. The nine-judge bench of the Supreme Court, in this case, is responsible for decisively laying down propositions such as the bar against reservations in certain posts, 50% threshold in the reservation, the exclusion of ‘creamy layer’, etc.

This case has extensively contributed to changing the constitutional jurisprudence of India. Maneka Gandhi’s passport was impounded by virtue of the Passport Act, 1967, in the interest of the general public. Neither was she given with the opportunity to be heard nor was she provided with sufficient reasons.

The Court also referred to Satwant Singh Sawhney v. D. Ramarathnam, in which the right to travel abroad was held to be a facet of Article 21. The Court also referred to the dissenting opinion in AK Gopalan v. State of Madras, which was delivered by Justice Fazal Ali. The Court further deliberated on Audi Alteram Partem, a facet of Natural Justice, and thereby coined the concept of post-decisional hearing.

Therefore, all the judgements mentioned above form an integral part of your memorial drafting in a constitutional law moot. Memo Pundits keeps organising webinars from time to time to acquaint mooters with the basic concepts for the law. Further, keep checking the Knowledge Centre hosted by Memo Pundits for similar content and fun updates.

About the Author: Yashi Agrawal is a student at Maharashtra National Law University, Nagpur. She is currently holding the post of the Co-Convenor of the Moot court Committee. Ever since she came to know of it, she has been immensely lured by the world of mooting. She also has great experience in writing blogs for law students.

About the Editor: Shivangi Bajpai is a graduate from National Law University Odisha. As a fresher in law school, she was a part of an online law school magazine called Ergo (lawyergo.com) which was largely a peer-connect platform for students from law fraternity.  She has remarkable research skills and was a researcher in Henry Dunant Moot Court Competition, in her second year of law school.  She considers herself a solution-oriented individual making her an effective problem solver. 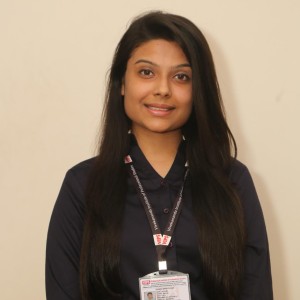 Lipi is the Publishing Editor of Memo Pundits. For help in publishing details of any event, please email at lipi.garg@memopundits.com